You can find all my published photos on Flickr, or see below for some of my favorites. Prints are available in a variety of sizes and formats from Darkroom.

I shot with all my cameras on this trip; I unintentionally filled up the SD card in my drone a few days before the end of my trip without any way to offload content. One side effect of RAW shots from the Nikon and Skydio is that because they come out relatively dull, they’re practically begging to be edited (unlike photos from my phone, most of which look pretty good already). I played around with the Skydio shots in Lightroom and unintentionally ended up with this very-bright-high-contrast-faded-sky-and-saturated-terrain look that I really liked. The scenery helped too; snow-covered scenery and alien desert landscapes look great with a big dose of contrast. Most of the photos from my phone are unedited in this set — there were just too many of them.

This was my first trip with the iPhone 12 Pro Max — compared to the Xs I had previously, the ultra-wide camera was new to me as was the much-improved Smart HDR, scenery segmentation, and improved sharpness in the detail (the sensor-shift stabilization also results in clearly smoother videos to my eye). The photo improvements allowed me to capture this shot on the ultra-wide — I was stunned by the clarity and ethereal lighting in the sky. 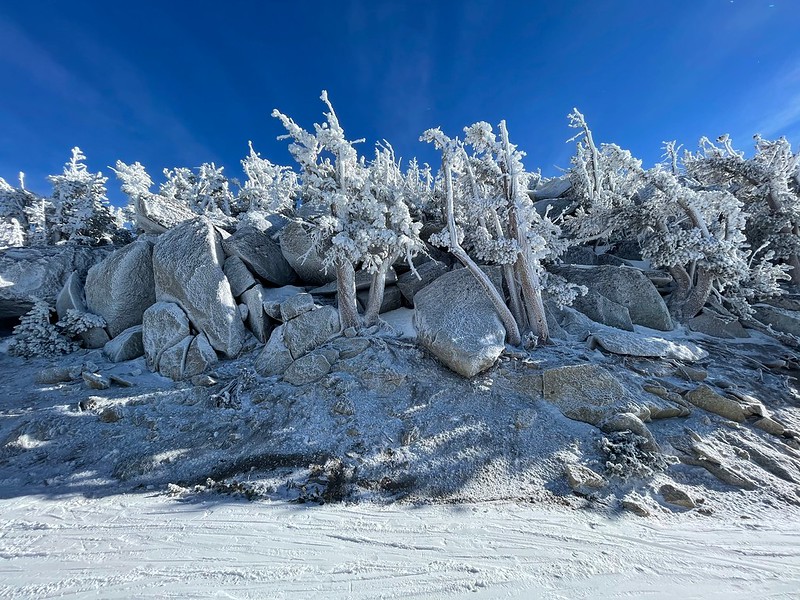 This was also my first scenic road trip with the Model 3, and in many photos I was trying to deliberately “model” with it — taking photos as if they could be used for an advertisement. It was a fun composition exercise aside from my usual capture-the-landscape. There’s a couple if you click through here: 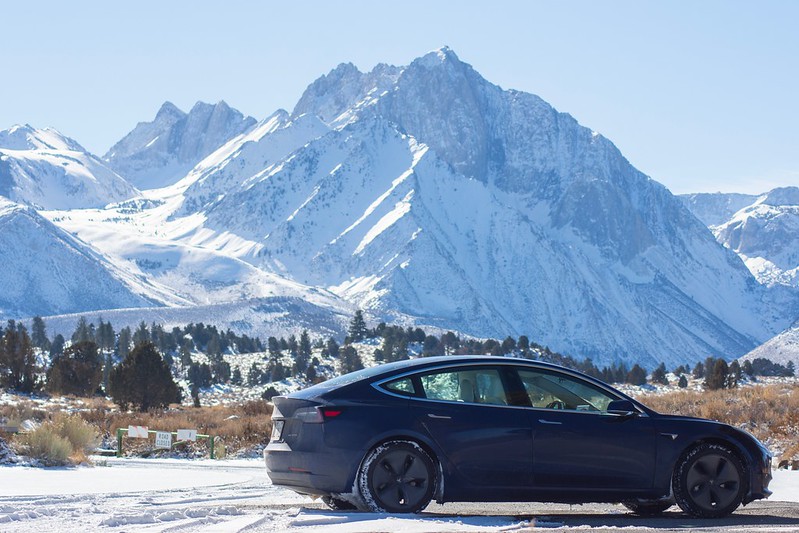 I also thought it’d be fun to start collecting photos at various Supercharger stations, so there’s some of those as well.

This panorama is one of my favorite photos from this set. The colors are a happy accident due to shifting white balance in each of the source images and the way Lightroom merged them, but I love the resulting effect. You’ll have to click through to see the 81-megapixel original.

I got a drone to play with different perspectives — top-down views, road-stretching-out-into-the-distance, etc. Drones are also often used for videos (and the Skydio arguably even more so), and I have a couple of videos from my flights, but I … don’t really know what to do with videos. I haven’t yet managed to wrap my head around the technical details behind video formats and color management, and, unlike composing a still photo, I don’t have an intuition about what makes for compelling video footage. Perhaps relatedly, I often don’t have the patience to watch videos in general, especially the scenic/cinematic videos that seem to be common from drones.

Anyway, I digress. The Skydio is a different type of camera — it is somewhat of a hassle to get it into the air (connecting the controller, waiting for it to boot, etc), so it leads to more deliberate shots. At the same time, drone photos are often unusual or feature a subject or perspective that is normally unseen. It’s often a striking subject too. 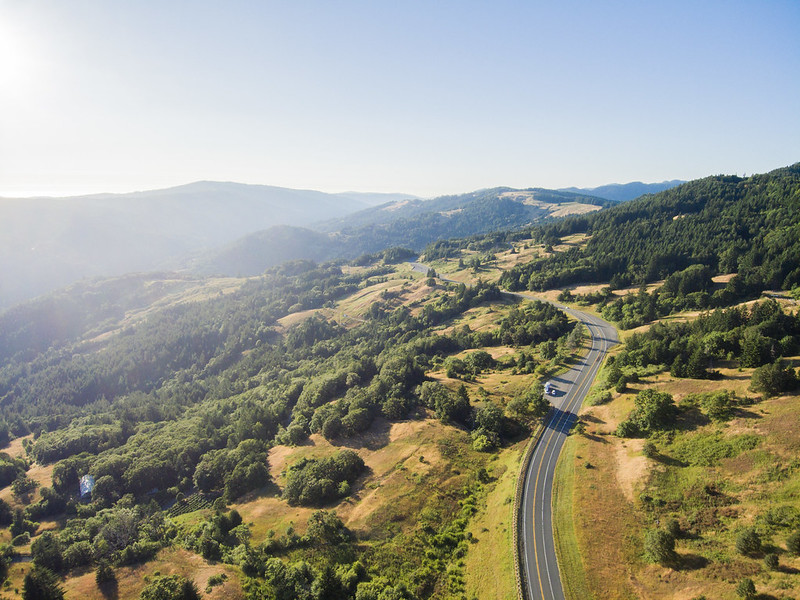 These attributes, in my opinion, inherently make drone photos more ethereal — they’re almost asking for more creative liberty in post-processing, to take on some strong stylistic interpretation. Each photo or scene is kind of special. I’ve come to like a very-bright-high-contrast style, like in this photo: 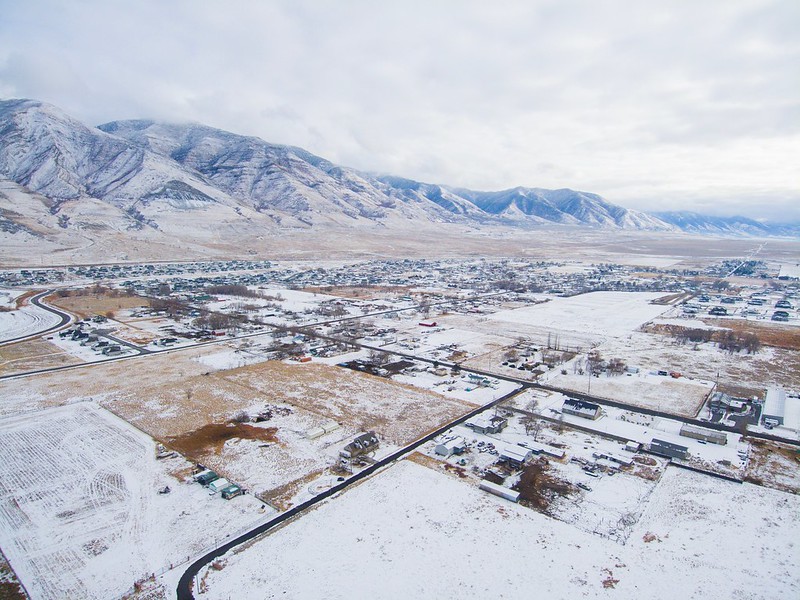 Normally I’m not a fan of noise in my photos, but in this case I think it goes wonderfully with the colors to make the photo look like a painting. I think it’s a delightful effect.

I’m also a fan of striking geometric shapes and patterns you can get from the top-down perspective. A couple that I really like: 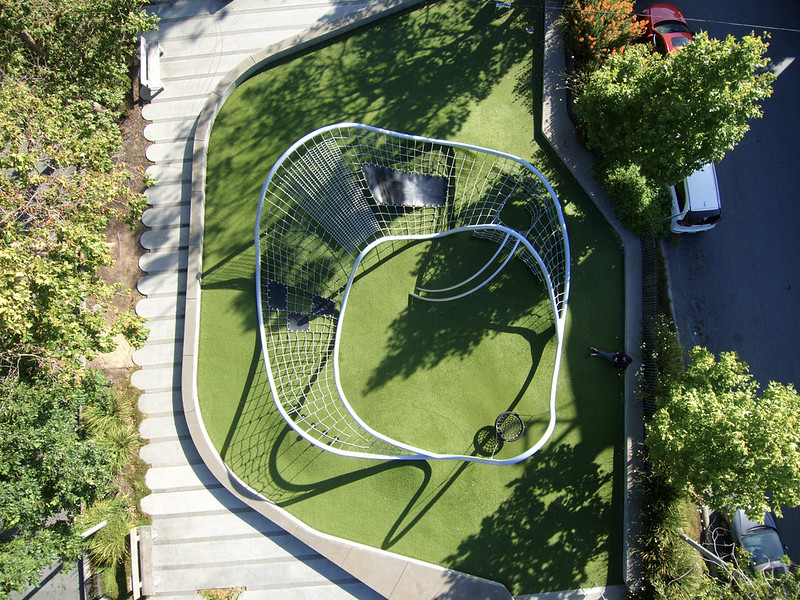 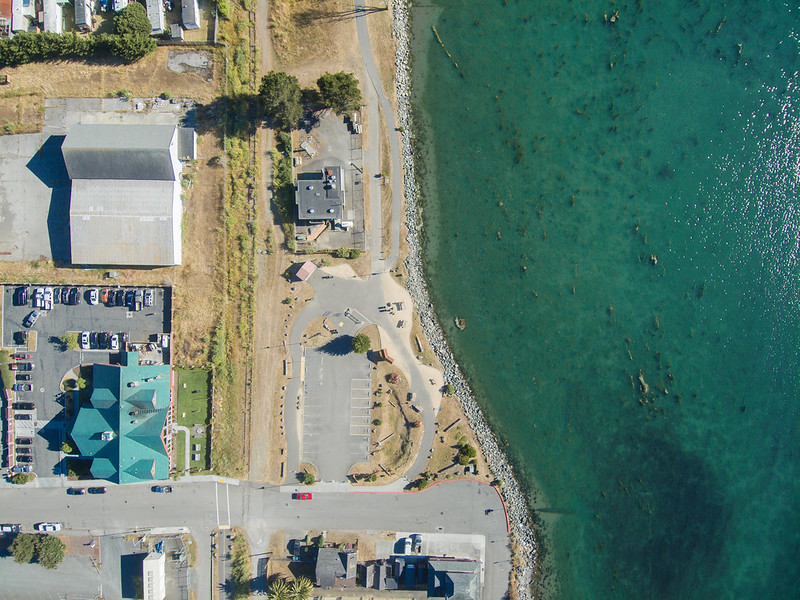 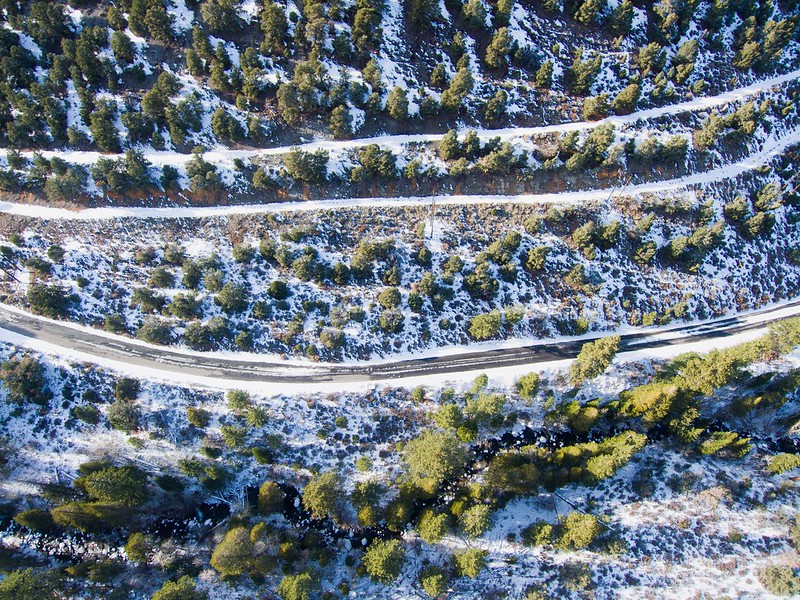 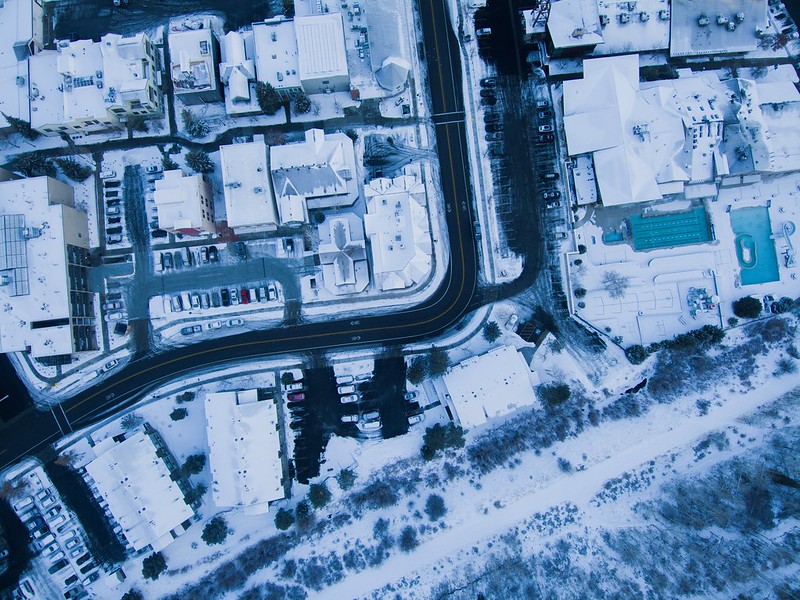 I’ll be adding to this collection over time. You can find them all here.